This is not the latest CarbonTracker update! Link to latest. 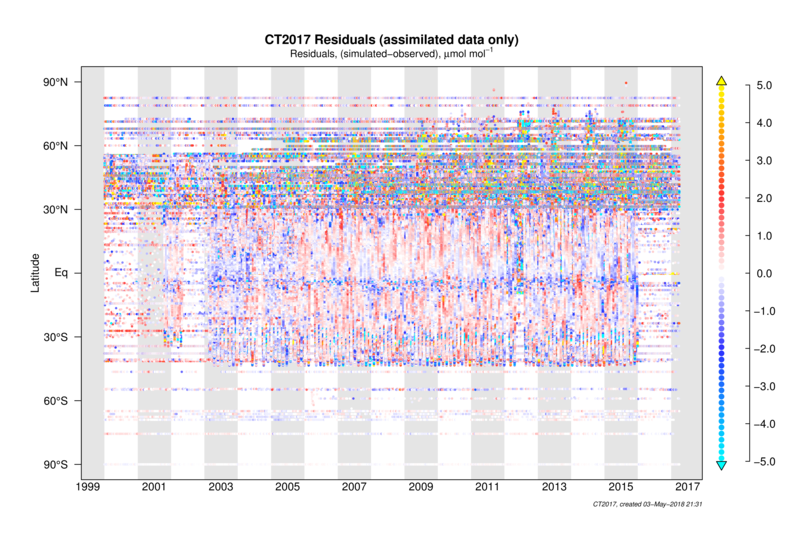 Figure 1. Summary of CarbonTracker residuals. CarbonTracker posterior residuals (simulated minus observed, in μmol mol-1) as a function of time and latitude. Each dot represents the time and location of a CO2 observation that was assimilated in CarbonTracker. Colors represent the difference between the final simulated value and the actual measurement, with warm colors indicating that CarbonTracker simulates too much carbon dioxide compared to observations, and cool colors indicating that CarbonTracker estimates too little CO2. Features of interest include a seasonal cycle in northern mid-latitudes, in which CarbonTracker has a summertime excess of carbon dioxide compared to observations and too little in wintertime; and a persistent underestimate of CO2 simulated in the southern hemisphere. 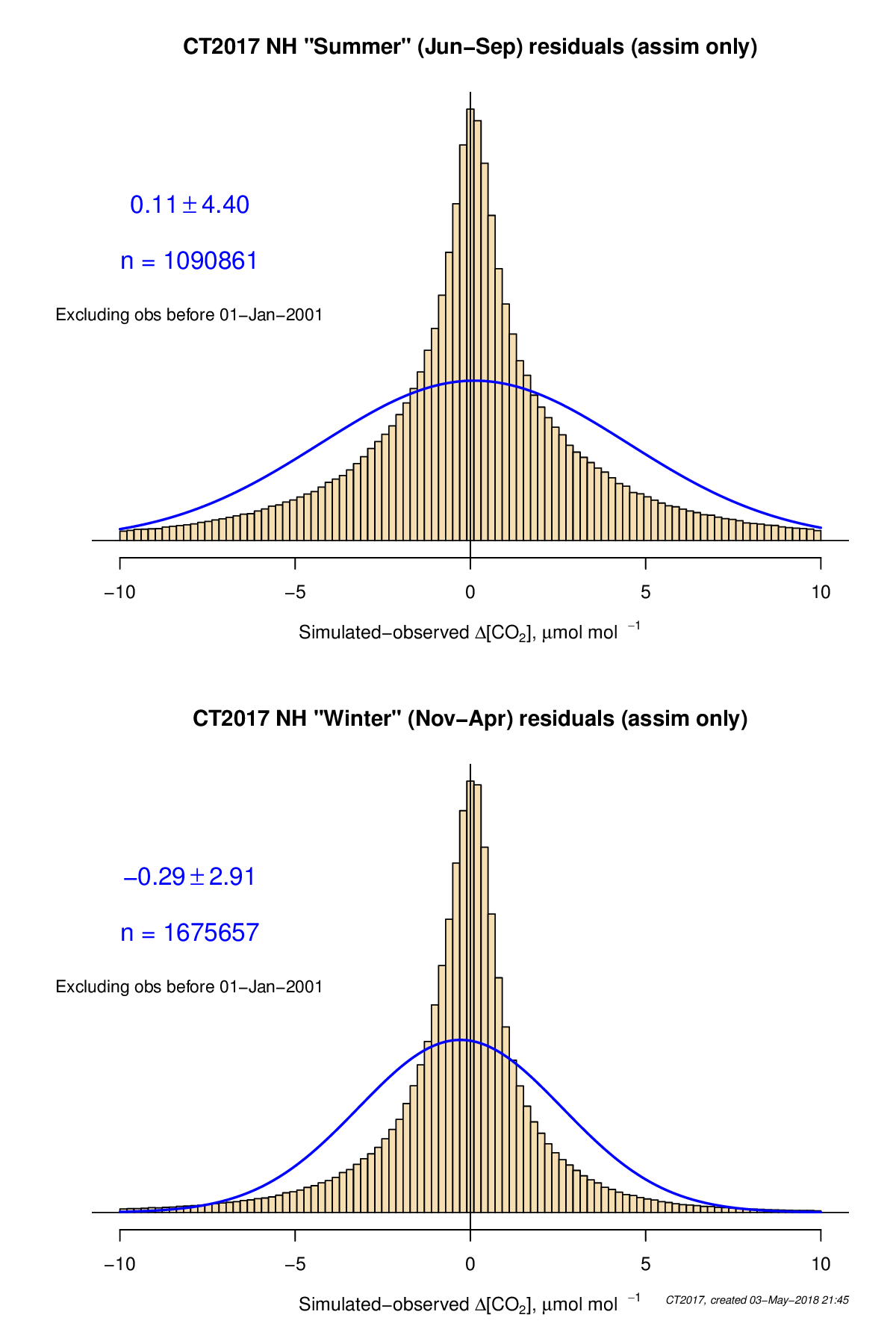 Figure 2. Seasonal histograms of northern hemisphere residuals. As in Figure 1, posterior residuals of assimilated CO2 mole fractions, but only for the northern hemisphere, and grouped by season. These histograms are intended to highlight the seasonal cycle of CarbonTracker residuals in the northern hemisphere. In the northern hemisphere summer, the mean CarbonTracker residual is about 0.1 μmol mol-1, and in the winter it is about -0.3 μmol mol-1. While these mean seasonal residuals are significant, the figure also shows the strong contribution of random error, as evidenced by the wide ranges of the distributions. The figures shown in blue give the mean and standard deviation of each set of residuals, and the blue curves are the Gaussian ("normal") distributions with equivalent statistical moments. Notably, summertime random errors are much larger than those in winter, due in large part to stronger summertime variability in lower atmosphere carbon dioxide mole fractions. The residuals are tightly peaked in the range of ± 2 μmol mol-1, with long tails of fewer residuals at much higher values. This distribution suggests that CarbonTracker is working hard to fit large outliers, while it could extract more information from the frequent, more modest misfits. Outliers of more than ± 5 μmol mol-1 can easily be caused by quite small errors in modeled transport, and are not unexpected. 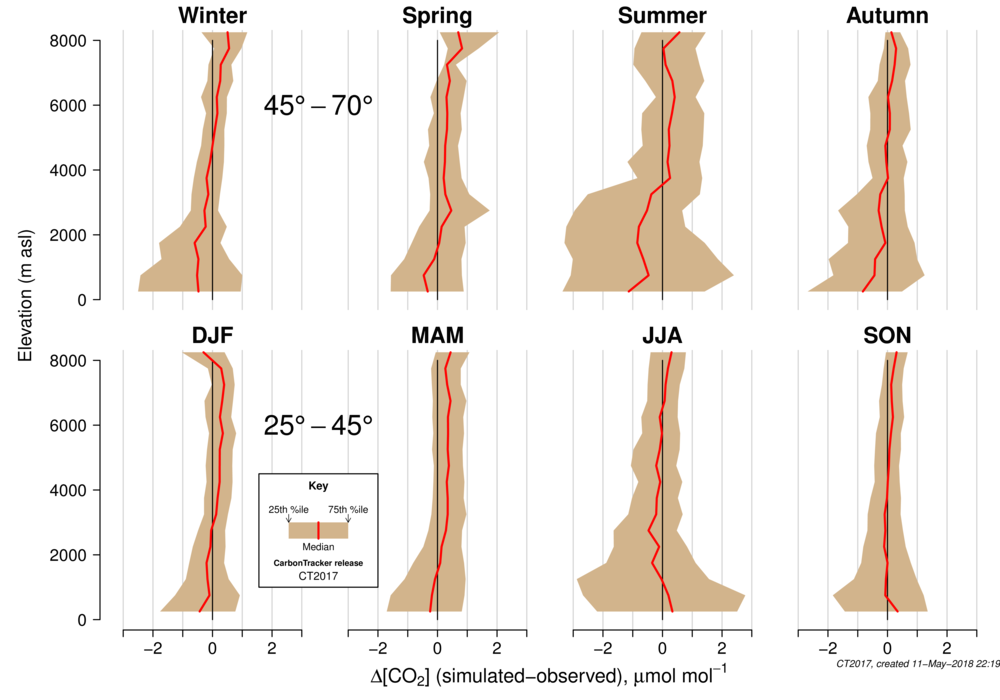 Figure 3. Summary of aircraft residuals. Posterior residuals as in Figures 1 and 2 above, but for aircraft data. These data, which are mostly over North America, are grouped by latitude band and by season. CT2017 is the first release in which these data are assimilated into CarbonTracker. In previous CarbonTracker releases (e.g., CT2011_oi), a marked summertime excess of CO2 was evident in both latitude bands, with the excess being more closely confined to the surface in the southern region. While this summertime near-surface excess of CO2 in the 25°-45° band has been largely eliminated in CT2017, there remains a positive model bias throughout the column in the 45°-70° latitude band. The mostly even vertical distribution of model bias compared to these observations is consistent with its source being relatively remote from North America, since the signal has had time to mix throughout the troposphere.