The Penn State University SURFRAD station is located on the grounds of PSU's agricultural research farm. It is in a broad Appalachian valley between Tussey and Bald Eagle Ridges, and is hosted by the Meteorology Department. 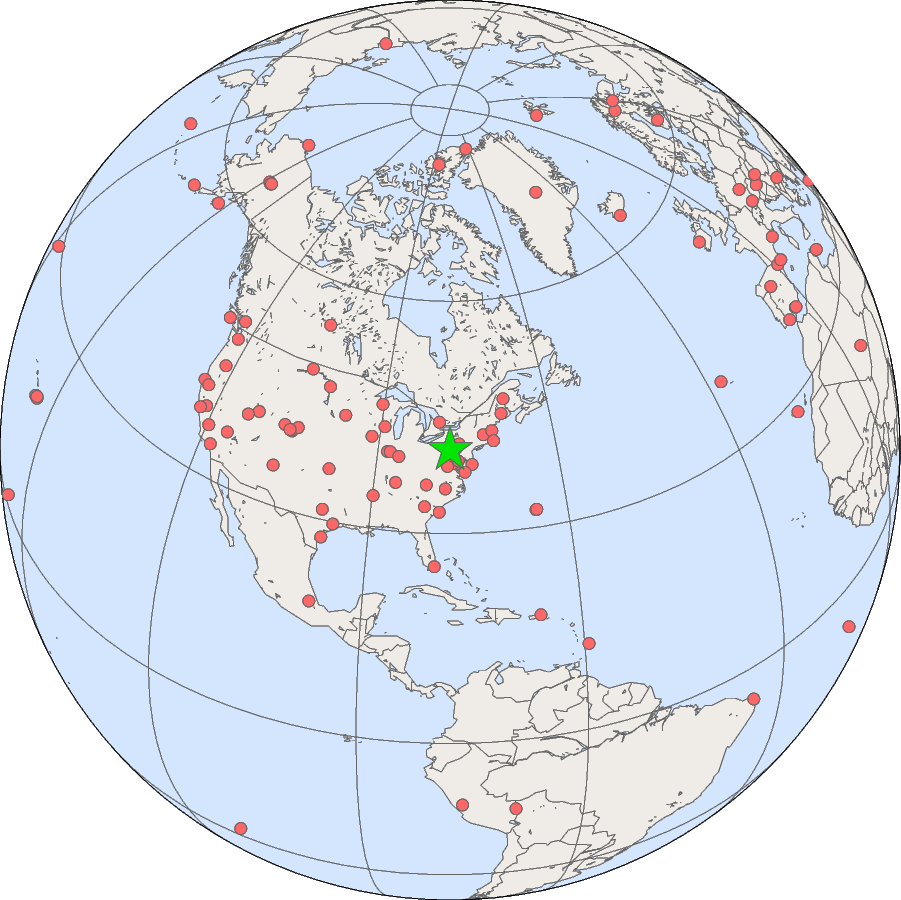 The Penn State SURFRAD station. In the foreground is the main SURFRAD platform with a ventilated pyranometer, a PAR, and broadband UVB radiometer; the datalogger enclosure, UV power supply and station power distribution boxes are mounted on posts underneath the main platform. Directly north of the main platform is the UPS enclosure. Next to that is solar tracker with a pyrheliometer for measuring direct solar radiation, and a pyranometer and pyrgeometer, both ventilated and shaded, for measuring diffuse solar and downwelling infrared radiation. In the background is the 10-meter tower with a pyranometer and pyrgeometer facing downward to measure upwelling solar and infrared radiation, respectively. Also at the top of the tower are a wind monitor, and air temperature and relative humidity sensors.

John Augustine (right) shows site manager Dick Thompson the radiometer platform just after the site was installed in June of 1998.

Dick Thompson performs maintenance on the tracker-mounted instruments at the SURFRAD station at Penn State, November 1998, five months after installation. Note the grass has grown over the cable trenches.