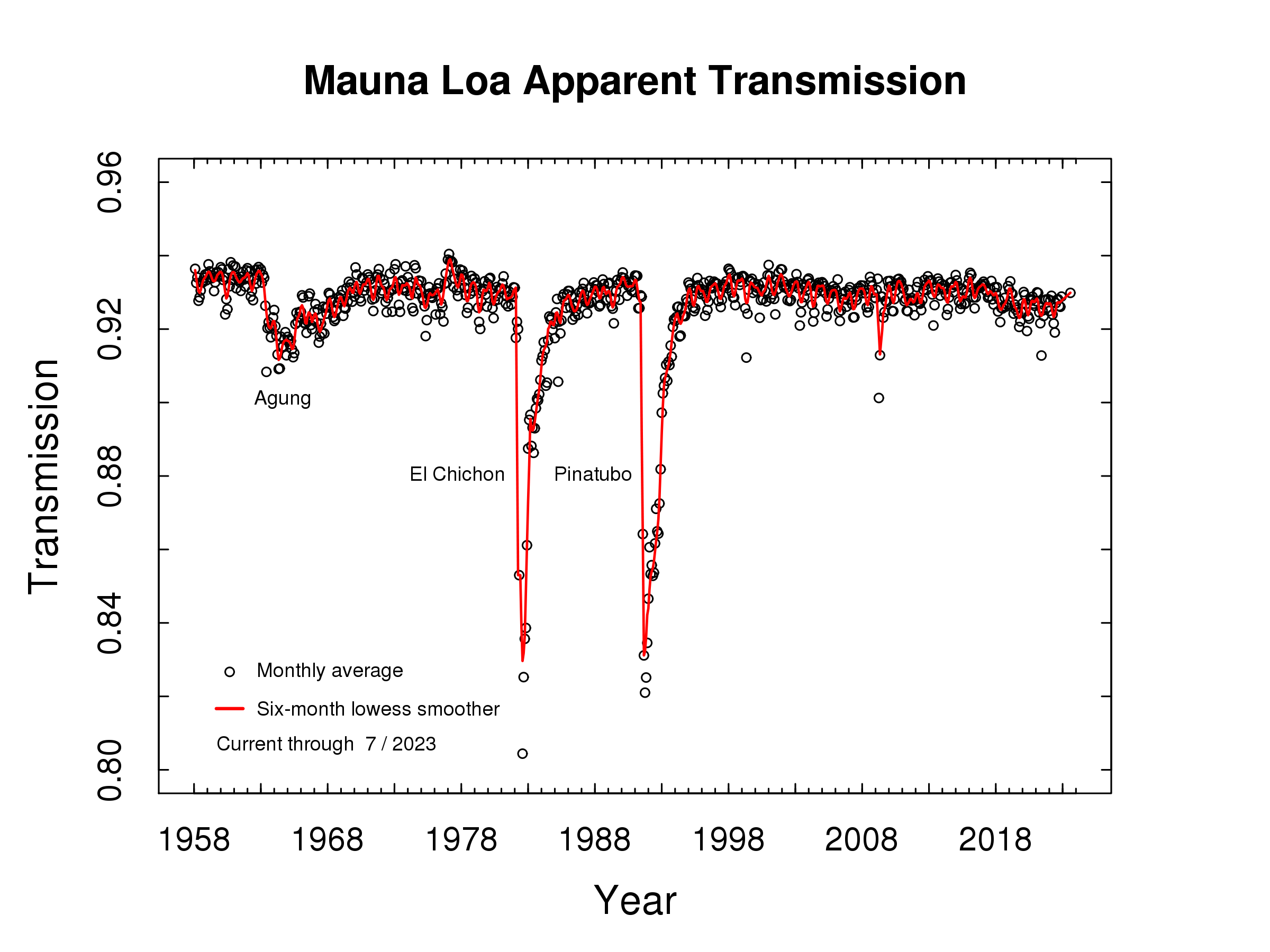 The legacy time series from 1958 through Aug. 2017 maintains past improvements:

These changes did not significantly alter previously published conclusions concerning this dataset by NOAA/ESRL authors, and strengthen the case for a general decline in transmission (or transmittance) between 2000 and 2009. Return to the GMD Radiation homepage