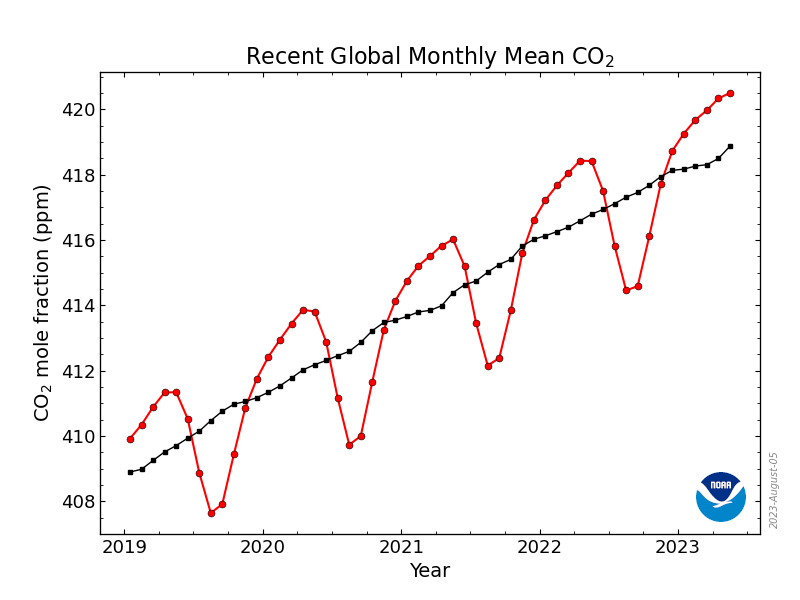 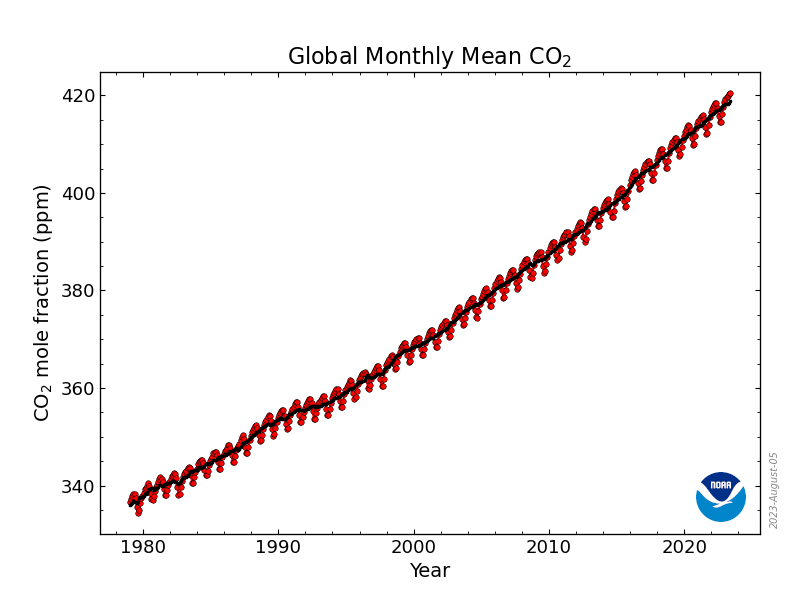 The graphs show monthly mean carbon dioxide globally averaged over marine surface sites. The Global Monitoring Division of NOAA/Earth System Research Laboratory has measured carbon dioxide and other greenhouse gases for several decades at a globally distributed network of air sampling sites [Conway, 1994]. The last four complete years plus the current year are shown on the first graph. All years since 1980 are shown on the second graph. The last year of data are still preliminary, pending recalibrations of reference gases and other quality control checks.

The dashed red line with diamond symbols represents the monthly mean values, centered on the middle of each month. The black line with the square symbols represents the same, after correction for the average seasonal cycle. The black line is determined as a moving average of SEVEN adjacent seasonal cycles centered on the month to be corrected, except for the first and last THREE and one-half years of the record, where the seasonal cycle has been averaged over the first and last SEVEN years, respectively.

Click for a comparison with recent trends in carbon dioxide at Mauna Loa, Hawaii, which has the longest continuous record of direct atmospheric CO2 measurements.