ALT_06C0: Quasi-continuous, surface measurements from Alert, Nunavut, Canada located at 82.4508° N, 62.5072° W and 185.00 masl. Measurements are made by Environment Canada (EC). Assimilation statistics for this and other sites are included in the Documentation. 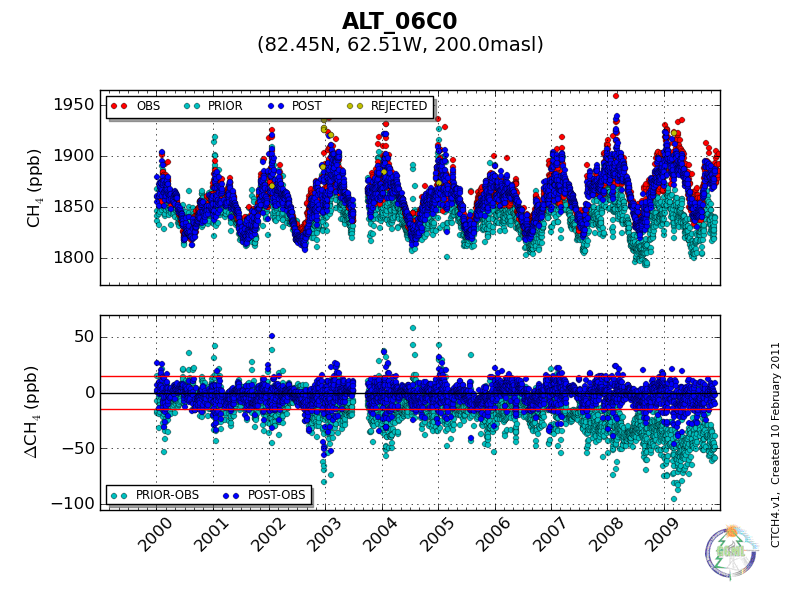 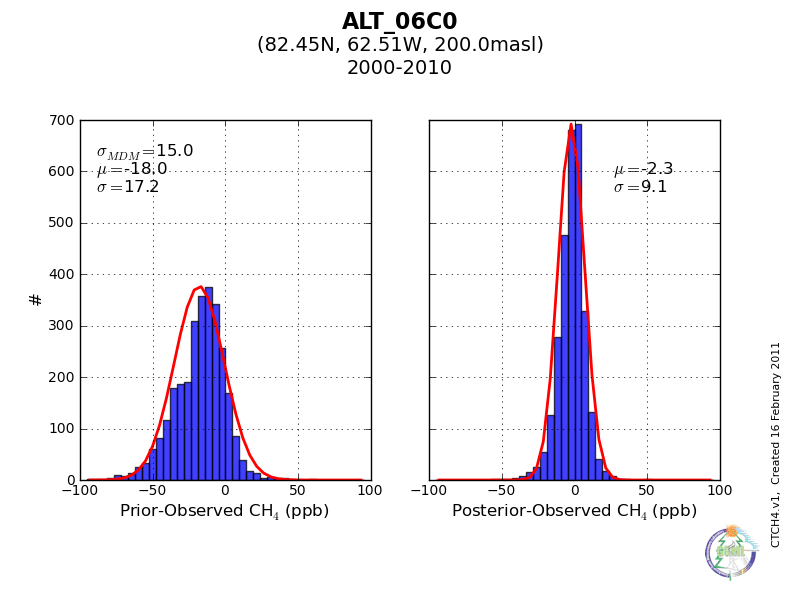 Histograms of residuals at this site for the selected period (residuals are the difference between the post-assimilation and measured mole fractions). The left panel shows residuals for the CH4 mole fractions with no data assimilation; the right panel shows the residuals after data assimilation. The red curves show summaries of the residuals interpreted as normal distributions, with the standard deviation (σ (ppb)), the mean (μ (ppb)), and assumed model-data mismatch (σMDM (ppb)) shown in text at the upper part of each figure. The vertical scales are number of observations. Ideally, the distribution should have a mean of zero and a posterior standard deviation that is smaller than the assumed model-data mismatch error. The result is a more sharply peaked and narrow normal distribution after assimilation of observations.